Unlike many other firms, we don’t have a lot of contact from past clients.

And this is actually very good news — it’s simply because our enclosures are such great quality that they rarely need repairs or maintenance.

Guy Piper from Carindale bought a balcony enclosure from us around eight years ago, and we recently received a phone call from him to help remove and then reinstall it when he was painting and refurbishing his apartment. Up until then, he had no need to contact us because the enclosure has been doing its job perfectly all this time.

We first met Guy eight years ago, when he was investigating his options to keep his new beautiful Burmese kittens, Patsy and Eddie, safe from outdoor elements, such as reptiles. 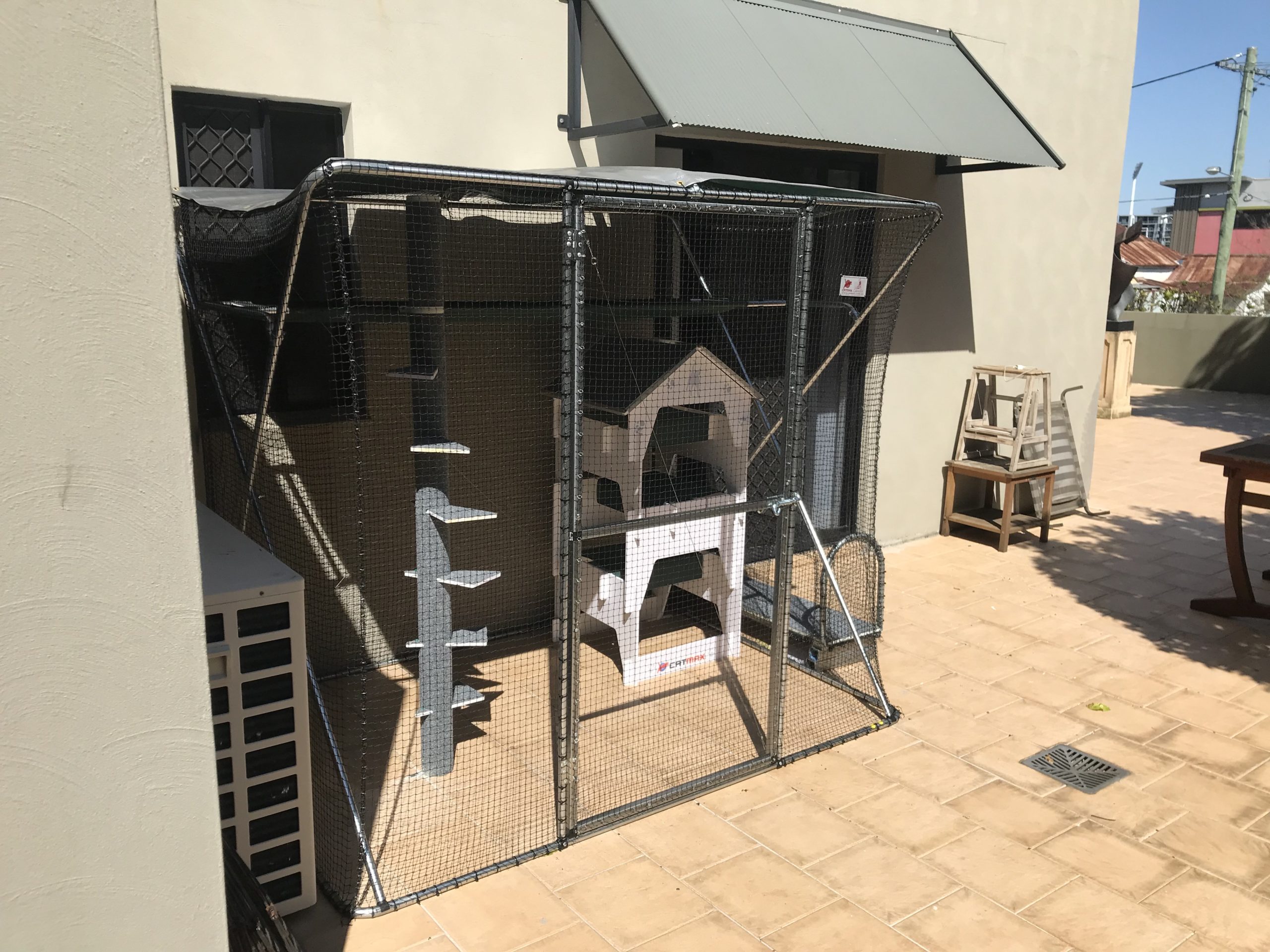 “Burmese cats are indoor cats. I needed to keep them out of the sun, but wanted a play area for them outside of the apartment.”
Guy was not convinced that the best option was a cat run, as he was afraid they might become spooked, but then he discovered the Catmax enclosure at his local Cat Clinic.

Eight years later, and his companions, now fully grown Burmese cats, are outside every day in the shade in their Catmax enclosure that is as strong, sturdy and effective as the day it was first installed.

“I have put a hammock and scratching post out there for them, and they are free to come and go. Even if I am away for a day and night working, I trust that they are going to be safe”!