Once again, Catmax ensures that cats roam at home!

IndigiScapes is a Redland Shire Council initiative to promote ongoing nature conservation, the aim being for all species to live harmoniously together in their natural habitat.

The Catmax enclosure demonstrates how Redland’s local moggies can wander safely and freely in an encapsulated space, day or night, without owners having to worry about cat curfews. It also stops cats from wreaking havoc on native wildlife. 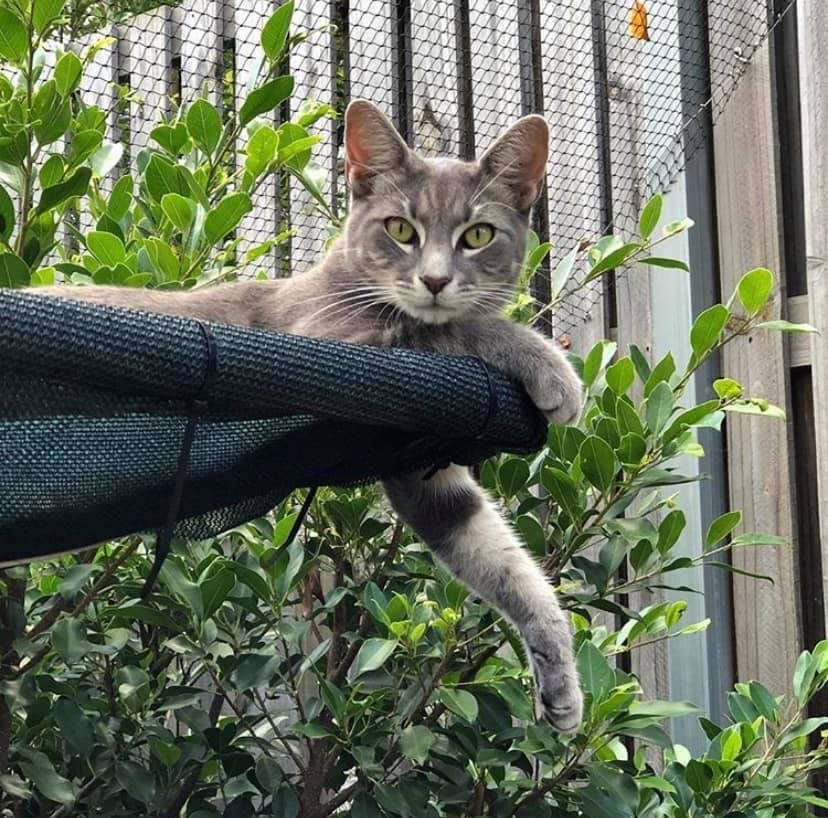 Initially IndigiScapes contacted Catmax for a quote to build an enclosure in their display of 14 feature gardens. After meeting with them and discussing their needs, Mr Chapman organised to install the free Catmax enclosure around existing native trees, set amongst the IndigiScapes gardens. Jeanette Adams, Redlands IndigiScapes Centre Coordinator, has been very impressed by “how the enclosure keeps cats in while keeping other animals out“, yet doesn’t detract from the surroundings. Ms Adams says, “Another bonus is the size of the squares in the netting, because small animals like birds and micro bats can’t be trapped or caught in it.“

Paul Chapman donated the Catmax enclosure to support IndigiScapes’ conservation and environmental objectives. He says, “All animals deserve to have freedom, and feel safe. A Catmax enclosure gives them the space to roam, without the opportunity to chase native wildlife.”

Catmax is Australia’s leading designer and constructor of cat enclosures. The company specialises in supplying free-standing Caboodles or custom designed Clearnet enclosures, which are ultra strong and cat friendly. Catmax netting comes with a 10 year guarantee against stretching, sagging and ultraviolet deterioration.

It’s always safer for cats to roam at home.